The transfer of heat from a warm object to a cooler one takes place by one of three methods or a combination thereof. These methods are: conduction, convection or radiation. 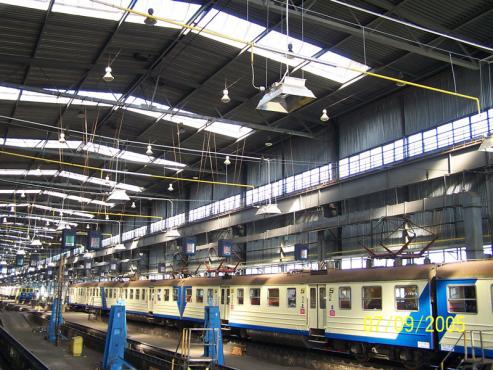 Conduction of heat occurs when faster moving molecules pass on some of their energy to adjacent molecules which are slower-moving, i.e. at a lower temperature.

This may occur within a solid or between a solid and an adjacent fluid such as air. In any heated building or enclosure, heat is conducted or transmitted from the warm inside air to the inside surfaces, then through the wall or roof, to the cooler outside surface and on to the outside air.

Convection transfer of heat involves the mixing of warm and cool particles of fluid. The mixing may come as a result of density differences due to temperature differences which is natural convection, or, if the mixing is produced by mechanical means, forced convection. In a heated building, convection losses occur when cold outside air enters a building, mixes with the warmer inside air, and then exits through an exhauster or through doors, cracks, etc.

Heat transfer by radiation differs from the transfer of heat by conduction or convection in that it does not need matter to accomplish the transfer. Radiated heat is usually termed infra-red. This is just one of the several forms of radiation.

Infra-red is transmitted at the speed of light, 186,000 miles per second, in a straight line with minimal loss to the air. It can be aimed, reflected or focused by materials that have a highly reflective surface. When infra-red strikes an absorptive object such as concrete, wood, water, paint, skin or clothing it is converted into heat at the surface.

Surrounding air is then warmed by conduction and convection. The best example of this transfer of heat is from the sun to the earth without loss of heat to outer space. Radiation or infra-red energy is emitted by all matter that is above absolute zero (-460°F). The net transfer of heat is from one object to a cooler object. Warm objects, including people inside a heated building lose or radiate heat to the cooler inside surfaces of the walls. The walls conduct heat to the outside surface and then lose heat by radiation, conduction and convection to the outside.

The amount of radiation produced by a perfect radiator is expressed by the Stephan-Boltzman Law, where: