The low intensity infrared heating system can reach up to 1300 degrees Fahrenheit emitting infrared energy to be absorbed by people and objects. This is accomplished by radiation (primary way the heat travels) and conduction (heat transfer between objects and the air).

When properly applied, low-intensity infrared heaters are designed to be energy efficient and cost-effective for a wide range of commercial and industrial applications. Some of these applications include commercial warehouses, car washes, patios and agricultural structures. 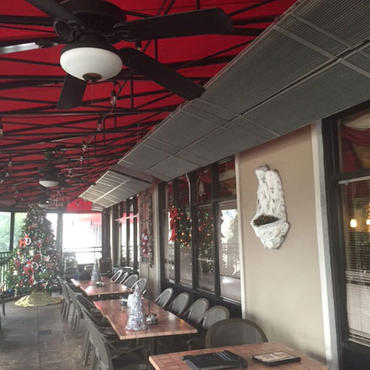 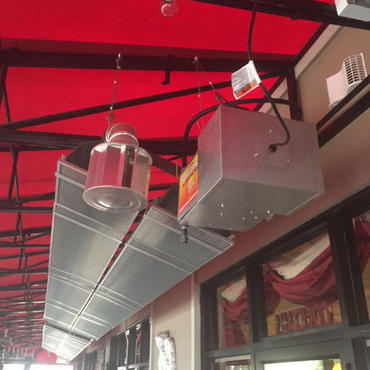 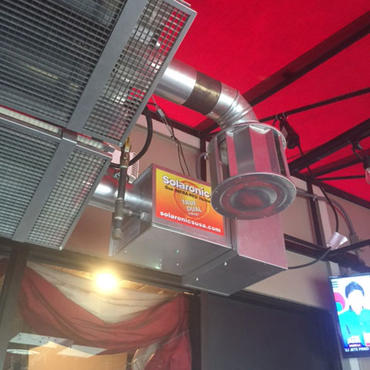 Solaronics’ Suntube low intensity infrared heaters are powered by a positive pressure burner which fires into 4″ diameter by 5′ or 10′ long steel tubes. Burner ignition is accomplished by pilotless direct spark. Combustion air is supplied to the system by a centrifugal blower and fixed air inlet orifice.

The power burner along with the combustion chamber, heat exchangers and reflectors comprise the entire heater. These heaters are CSA International Designed Certified to ANSI/CGA Standards.

True Dual Two-Stage provides precise air to gas ratios at both the high and low heat stages for optimum efficiency. 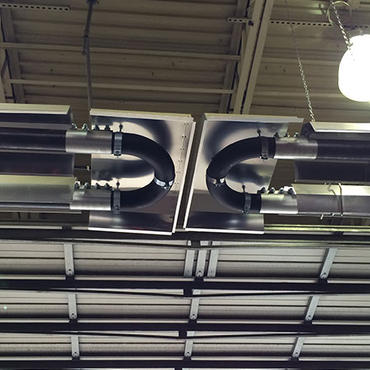 Add on items for increased efficiencies and simplified installations.

Superior reflectional efficiency precisely directs infrared where you want it. 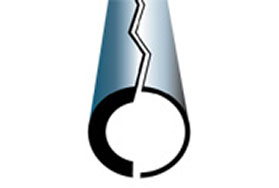 With our 16 gauge tube options, we have the right type for your application. 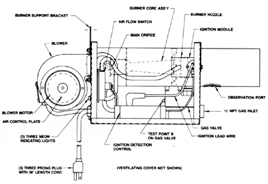 How does a Low Intensity Infrared Heater Work?

Gas is then regulated by two orifices, an easily accessible subsidiary orifice sized for the appropriate length and BTUH rating of the burner and a fixed main orifice. Air and gas are thoroughly mixed in a spiral motion by the burner core assembly and are then ignited by direct spark at the ignition module.